Meanwhile, Tuesday, January 14, Putnam County defeated Green City, 59-54 and move onto the next round against the Milan Wildcats who thrashed Bucklin-Macon County 93-19.

The Wildcats, totally out classed Bucklin-Macon County, racing out to a 37-4 first quarter, coasting to a 93-19 victory. Eddie Gonzalez topped the scoring with 13 in the first stanza. Hunter had 8, Ryan 6, Dre 5, Kaleb 3, and Alexis 2. The bench was emptied in the second quarter as 7 players tallied. Milan led 64-8 at intermission.

The Milan Wildcats faced the Putnam County Midgets for the third time this season on Thursday, January 15, 2020. The Midgets reached the second round by defeating the Green City Gophers, 59-54. Defeating a team three times is most times difficult, but the Wildcats were not about to let that happen, defeating Putnam County 69-53 and advance to the Championship encounter vs Brashear, Monday, January 20..

The Midgets scored first and led 4-0 before Eddie hit Hunter and Milan was on the scoreboard. Putnam County scored, then Ryan dropped in 2 points, followed by Dre splashing home a three pointer assisted by Dominic and Milan had their first lead with 2:46 left in the quarter, 7-6. A three pointer by Putnam put the Midgets back in front, 9-7. That would be the last Midget lead. Milan closed out the quarter with a 7-0 run to lead 14-9. Ryan and Dominic hit a deuce apiece before Hunter assisted on a three pointer by Dre at the quarter buzzer and a 14-9 advantage. The Midgets could not recover from that dagger.

Putnam was out scored 17-10 in the second stanza to trail 31-19 at intermission. Eddie was the spark for Milan, notching 9 quarter points, Dre 4, Kaleb and Dominic 2 points apiece.

The Midgets stayed close for the first half, but once again the third quarter belonged to Milan who opened up a commanding 56-31 third quarter margin. The speed and defensive dominance forced the Midgets into several turnovers. Dre led with 8 points, Hunter 6, Eddie and Ryan 4 apiece, and Dominic 3 points.

Putnam could not get closer than 16 as the Wildcats moved on to the Championship with a 69-53 victory. 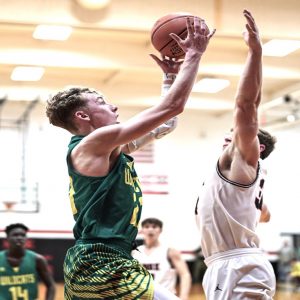 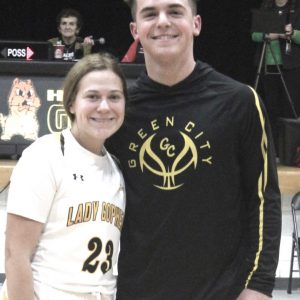 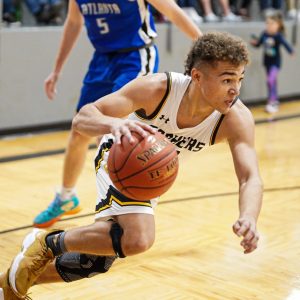