The long awaited boys’ final from Number 1 seed Green City and Number 2 seed Milan happened on Saturday, January 16, 2021. The Gophers beat Milan the previous week on the Wildcats’ home floor, so this rematch was expected.

As advertised this was a battle to the finish, but this time the Wildcats finished on top 59-53 to capture their 5th straight Milan Championship. It also is the first time in the History, 61 tournaments, that both Milan boys and girls won Championships in the same year. Congratulations.

Green City opened the scoring, but Milan went on a 7–0 spurt to go in front 7-2. The Gophers fought back knotting the score at 9-9 before Chekh hit a deuce and Jeremy scored 2 points at the buzzer. Milan 13, Green City 9.

The second quarter teams matched buckets with Millan taking their longest lead 22- 17. Green City went on a 5-0 run scoring a 3 pointer at the buzzer to tie the game 22-22 at intermission.

A 7-0 run to open the second half by Milan gave the Wildcats a 29-22 lead they would not relinquish. Green City drew within 4, 31-27, but fell behind 43-34 at the end of the third quarter. Once again Dominic and Axel manned the boards and balanced scoring gave the Wildcats some cushion going into the final quarter. Jeremy hit a pair of key 3 pointers, Axel powered for 5 points in the third; Dominic 3; Mallan 3 plus his Senior leadership and energy; Michael and Chekh chipped in with 2 apiece.

The teams traded buckets the first half of the fourth quarter, then the Gophers dug in, outscored Milan 11-3, cutting the deficit to 1 point, 54-53 with less than 1 1/2 minutes to play. Milan closed out on a 5-0 spurt, hitting 5 of 10 free throws. Fortunately the Gophers could not score and the Wildcats hung on for 59-53 Championship Victory. 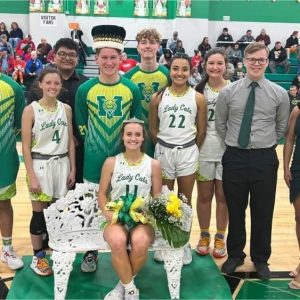 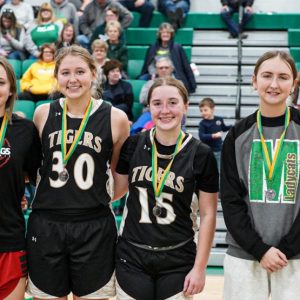 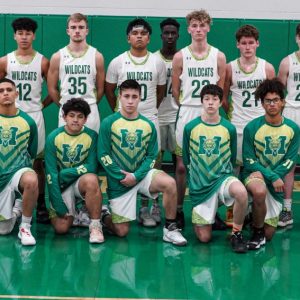 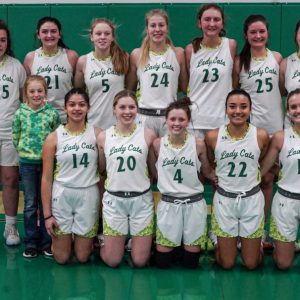