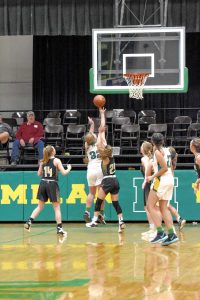 Cady Pauley reached a milestone of 1000 points on Tuesday, January 14, 2020 against the Marceline Lady Tigers. She is a Sophomore at Milan C-2 and is the daughter of Stephen and Ashley Pauley of Milan.

The 60th Annual Milan Varsity Invitational Basketball Tournament was scheduled for January 13-18, 2020. Games were played as scheduled Monday thru Thursday, but Mother Nature stepped in cancelling 7th place and consolation games Friday. A backup plan was in place for Saturday until the ice and extreme cold postponed contests for Saturday. The Consolation and Championship match ups have been scheduled for Monday, January 20, while 3rd place games have yet to be scheduled. The 7th place games have been scratched.

The victory Monday against the Novinger Wildcats was decided early by the Ladycats as they came out blazing, taking a 27-10 first quarter advantage. Cady ran up 18 in the quarter followed by Jordyn Gray 5, and sister, Tahli, with 4 points. The halftime score stood 37-21 in the Ladycats’ favor.

Milan out scored Novinger 23-8 in the third stanza to put the game out of reach, 60-29. With a running fourth quarter clock, scoring was limited, Milan advancing 66-35.

The Ladycats were up against the third seed Marceline Lady Tigers. Like Monday, the Ladycats came out blazing as Cady Pauley was on fire, racking up 20 first quarter points and Milan led 24-8. Milan coasted to a dominating 68-47 victory, advancing to the Championship match up against the Green City Gophers. Green City defeated Bucklin-Macon County and Linn County to reach the finals.

Sophomore, Cady Pauley, reached the 1,000 points plateau early in the fourth quarter to cap off the successful evening for the Ladycats. Cady continued her masterful scoring in the second quarter, as Milan outscored Marceline 27-11 to take a commanding, 51-19 to the halftime locker room. Cady added 14 points in the second stanza and 34 at intermission. The crowd was buzzing as the second half began, knowing Cady was well within reach of 1,000.

Marceline could not dent into the Ladycats lead after 3 quarters, trailing 62-29. Cady dropped in 8 more points before the third quarter buzzer sounded.

With 5:08 left until victory for the Ladycats, Tahli Gray threw an inbound pass to Cady Pauley who scored for her 1,000th point. The game was stopped, the Golden ball was  received by Cady, and a standing ovation by the crowd.

Milan will face Number 1 seed Green City for the Championship, Marceline vs Linn County for third place, and Brashear vs Putnam County for Consolation. The seventh place game, Novinger vs Bucklin-Macon County has been cancelled. 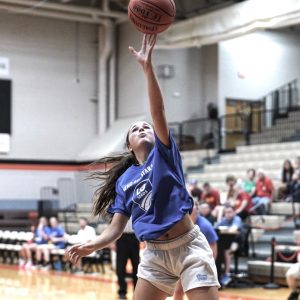 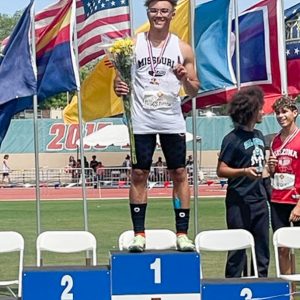 Buggs-Tipton Qualifies for US Nationals at All American Meet 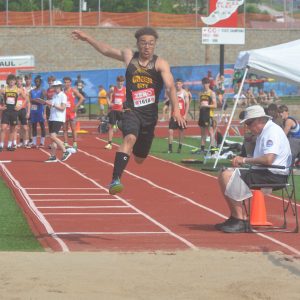 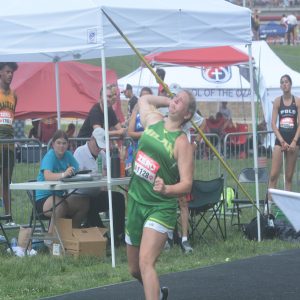 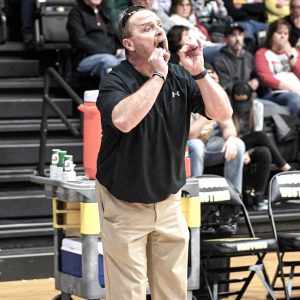